In September 2019, what used to be known as the Jurys Inn Prague, became Botanique Hotel Prague. This rebranding concept was executed by hotel director and general manager, Tomáš Nesvorný.

You’ve been in the hotel since 2015, so you know how it works under the Jurys Inn brand, and you’re also the “spiritual father” of the new concept. What preceded the birth of the Botanique brand?

Shortly after I joined the hotel in 2015, the owner changed to the Indonesian investment company Asia Core Properties. Our owners decided that they do not want to continue current management contract that has expired this year after 10 years of successful cooperation and to have us go our own way. At first, joining another chain through franchising was considered, but negotiations that took place eventually failed to reach an agreement. This was just a step away from deciding to follow the brand’s path.

How would you briefly describe Hotel Botanique?

We strive to be a lifestyle hotel with a maximum focus on the comfort and needs of the guest, offering a pleasant environment inspired by nature, combined with functional technology. We are based on what the guest expects most from us, respectively, and what it needs most in today’s times. That is reflected in the fact that each guest receives free water and natural cosmetics upon arrival to the hotel. We paid great attention to choosing new beds and bedding, installing smart TV’s and upgrading Wi-Fi so that guests can stream content from the Internet. We will also focus on maximizing simplification of the booking process for communicating with the guest. For example, we are currently looking for the best solution for digital check-in and check-out so that our team can focus more on the process. For example, we would like to get to the stage where we will communicate with the guest through WhatsApp. We do not want to be one of the endless series of four-star hotels in Prague, and we strive to offer guests comfort and quality at affordable prices.

Will this new concept be applied in rooms?

In the near future we would like to start the reconstruction of our accommodations. We want to bring a completely new concept of accommodations in natural colors that no one in Prague has done and focus on added value for the guest. These are the details such as the room with nice sofas to relax instead of uncomfortable chairs and enough outlets for charging phones and laptops, luminosity and other simple small things that ultimately determine the guest’s satisfaction with the room. Once the renovation is complete, we would like to focus on further developing the concept as such. Among other things, we would like to ride on environment guilt and change the way we handle plastic and disposable packaging. 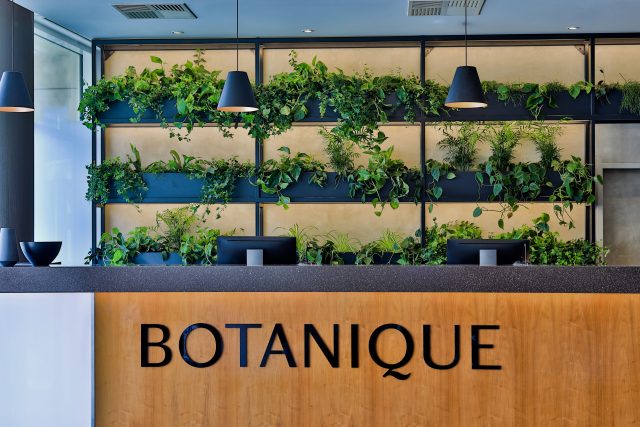 Will the concept change the clientele structure?

The change should not be radical, but it certainly will be updated. After breaking away from Jurys Inns, we will not be visible on the British market, and we will probably lose some of its clientele from that. On the other hand, I expect it to be more interesting for potential guests looking for something interesting and independent. I promise, for example, that we will be more able to address German and also European clientele. As the number of the direct flights between the United States and the Czech Republic increases, Prague is increasing the number of American tourists, so we have set expectations in this direction as well. 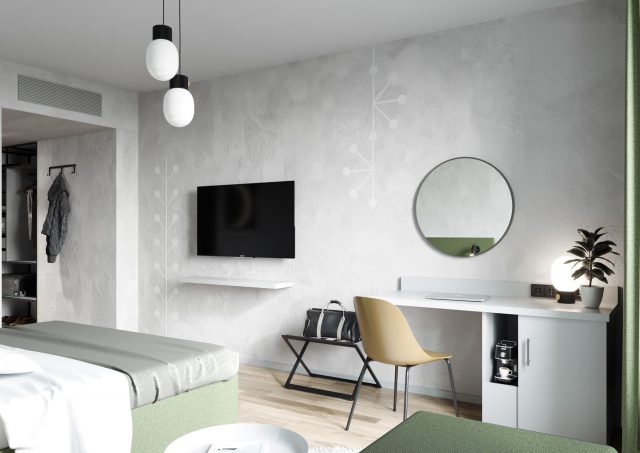 Will anything change in the gastronomic concept of your hotel?

The concept as such does not fully affect the planned changes, but the environmental changes. We are preparing to change the entire lobby concept. Among other things, we are aiming to bring in daylight and divide the whole space into three cozier parts, and to include a new section that will develop on the site of the abandoned building in Pobrežní Street. Following the expansion, the hotel will have a total capacity of about 270 rooms and will have an extended conference center to support year-round workloads. It will be a new large conference hall, which can be divided into three rooms by mobile partitions, and a foyer.

And as the brand grows, do you have any other plans for it? We agreed with the owners that we would look for further investment opportunities. The owner would like to transfer it not to Indonesia, where he owns about 10 hotels, which operates under different brands, but further to Asia, and also to Central Europe