In conversation with… Woody Johnson, US Ambassador to the UK

How the UK-US trading relationship will shape the future and the economy to Restart, Rebuild and Renew 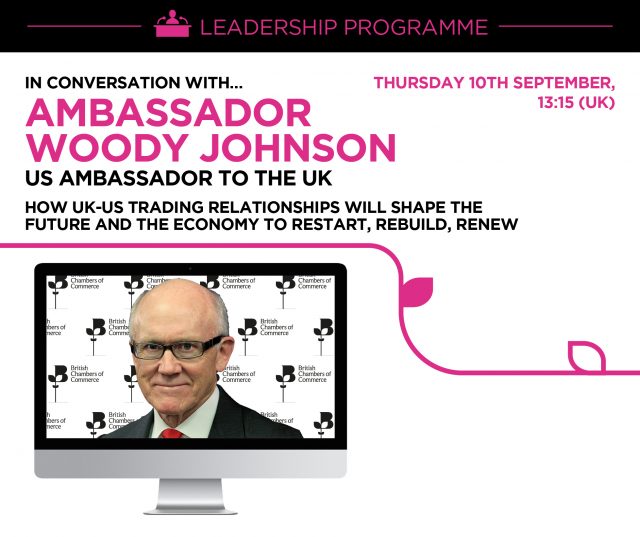 Ambassador Johnson will also share insights into the general business developments between the two countries as we work to Restart, Rebuild and Renew.

Ambassador Johnson has served on the President’s Export Council, the President’s Commission on White House Fellows and he is also a member of the Council on Foreign Relations.