Afternoon Tea: What Can We Expect from a Liz Truss Government?

Liz Truss is the new British prime minister. What can we expect from her in foreign policy terms? Will her assumption of office bring changes in the field of international trade? Can we expect new trade agreements with the EU? These and other questions will be answered by Marek Bičan, an expert on British politics. 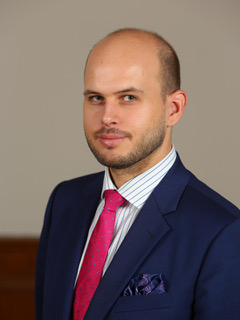 Marek Bičan is an assistant to the Deputy Minister for European Affairs and is also a researcher at several evidence-based projects of Czech Priorities. Furthermore, he studies towards PhD in International Relations and European Politics at Masaryk University, where he is also an assistant lecturer at Department of International Relations and European Studies, and he has successfully applied for another PhD in Defence Studies at King’s College London, where he finished his second MA. He also frequently comments on British politics on Czech Television and Czech Radio. His interests are evidence-based policymaking, British domestic politics, British foreign and defense policies, strategic studies and strategic foresight, and European history.