For the first time in its history, the Czech Republic will be the scene of one of Europe’s biggest comedy festivals. The PRAHAha International Comedy Festival will target not only Czech audiences, but especially English and German-speaking fans of stand-up performances. It promises the participation of 50 comedians from all over the world.
The festival begins November 3rd and ends nine days later. It will take place at various locations in Prague. In addition to theaters, organizers chose the less well-known halls such as Mosaic House in Prague, the German Embassy or the Prague Crossroads. Entrance fees for individual performances are in the range of 99 – 599 crowns.
Among the artists who will attend the festival, are stars such as Aideen McQueen, Andrew Maxwell, John Gordillo, Marcel Lucont, Nathan Caton or Zoe Lyons, who will appear in English. Iva Pazderková, Ester Kočičková, Petr „Nasty“ Cerha, Arnošt Fraunberg or Dominik Herman Lev will be among the Czech-speaking artists. 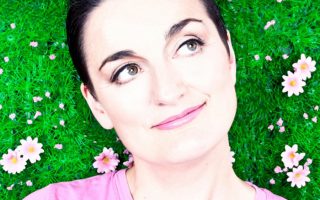